Jeff Foxworthy Returns as Host of ‘The American Bible Challenge’

GSN has ordered a second season of its highest-rated original series of all time, THE AMERICAN BIBLE CHALLENGE, a one-hour game show hosted by comedian Jeff Foxworthy in which contestants compete based on their knowledge of the Bible.  The network has ordered nine episodes for season two, which is slated to air in 2013.

“‘The American Bible Challenge’ is a hit with our viewers both on air and on-line and they have been clamoring for a second season even before the first has ended,” said Amy Introcaso-Davis, GSN’s Executive Vice President, Programming.  “With season two, we are honoring this request and promise to bring more Jeff Foxworthy, more heartwarming moments, and more joy and entertainment for the whole family.”

Tom Forman, CEO, RelativityREAL said, "You hear a lot about networks ‘taking risks,’ but so few really do it. We were thrilled when GSN truly tried something new and exciting with ‘The American Bible Challenge,’ and we couldn't be happier that viewers responded. It's going to be a great second season."

Currently airing Thursdays at 8 PM ET/PT, THE AMERICAN BIBLE CHALLENGE garnered the network’s highest delivery in its 17-year history with 1.7 million total viewers for its August 23rd series premiere. Factoring in the encore airing, the premiere episode was watched by over 2 million viewers. Since its debut, the series continues to grow and has now been seen by over 12 million total viewers.

The success of the show has extended to digital and social platforms with the launch of THE AMERICAN BIBLE CHALLENGE GAME for iPhone, iPad, Android, Kindle and Facebook, which currently has over 5 million gameplays, close to 400,000 users and ranks as the #1 Bible trivia game.  The game is also among the top 10 free trivia games on the iPhone.

Casting information for season two is now available on GSNTV.COM.

THE AMERICAN BIBLE CHALLENGE is produced by RelativityREAL for GSN, with RelativityREAL’s Tom Forman (“Extreme Makeover: Home Edition”) and Embassy Row’s Michael Davies (“The Newlywed Game,” “The Pyramid” “Who Wants to Be a Millionaire”) serving as Executive Producers on the project.  Nick Stuart and Maura Dunbar of Odyssey Networks are Consulting Producers.  Odyssey Networks is the country’s largest multi-faith coalition dedicated to producing and distributing media that creates understanding among people of different beliefs and perspectives.  Jeff Foxworthy also serves as Producer with J.P. Williams and Jennifer Novak as Executive Producers.

About THE AMERICAN BIBLE CHALLENGE
Comedian and author Jeff Foxworthy hosts THE AMERICAN BIBLE CHALLENGE, a one-hour game show in which contestants compete based on their knowledge of the Bible.  Utilizing current as well as historical references, questions are drawn from the rich, dense narrative found in the world's best-selling book.  The contestants share their compelling back-stories and each team plays for a charity.

About GSN
GSN is a multimedia entertainment company that offers original and classic game programming and competitive entertainment via its 75-million subscriber television network and online game sites.  GSN’s cross-platform content gives game lovers the opportunity to win cash and prizes, whether through GSN’s popular TV game shows or through GSN Digital’s free casual games, mobile and social games, and cash competitions. GSN is distributed throughout the U.S., Caribbean and Canada by all major cable operators, satellite providers and telcos.  GSN and its subsidiary, WorldWinner.com, Inc., are owned by DIRECTV and Sony Pictures Entertainment.  For further information, visit GSN at GSNTV.COM.

About RelativityREAL
Under the leadership of award-winning producer Tom Forman (“Extreme Makeover: Home Edition,” “Kid Nation,”) Relativity’s television arm launched in June 2008. The division has quickly become one of the country's largest suppliers of unscripted television. RelativityREAL currently has 70 projects in active production, including 17 original series. In addition, the division is developing a slate of scripted sitcoms, dramas, and sketch comedy series to be released in the upcoming year. Most recently, RelativityREAL partnered with YouTube and will be launching a channel in the fall.  RelativityREAL's executive ranks are bolstered by overall production deals with TV veterans Jay Blumenfield and Tony Marsh, Ashley Tisdale’s Blondie Girl Productions, executive producer Ellen Rakieten (“The Oprah Winfrey Show”) and Ray Ricord. 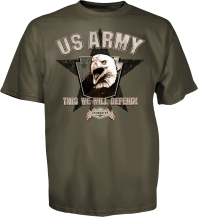 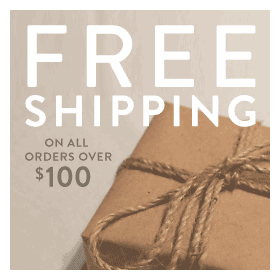